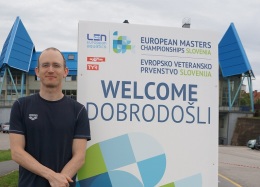 The Worlds in Budapest were so much fun last year, we decided to take the kids to the Europeans in Slovenia this year. The only downside was that getting to Slovenia is a little tricky. Our journey started with an 11pm trip to Dublin for a 5 am flight to Amsterdam, and from there another flight to Ljubljana. This year was the first time I booked everything through the official organizer’s channels and avoided low-cost airlines. While this might have meant some things were a little more expensive it made everything very convenient. There was a mini-bus waiting for us at the airport that took us right to our hostel and brought us back on the day we were leaving. Once we had settled into our place and gotten some food, we went to the pool to get my accreditation and to figure out the best route there. The venue was interesting, with food vendors, sponsor’s stalls, a TYR shop (which felt a little understocked), and the three things that really excited my kids; an outdoor play pool, a large outdoor playground (with trampolines), and a stall that was running a raffle where every entry won a prize.

On my first full day in Kranj I headed to the pool for what would be my final taper swim before competing. The outdoor pool was used for racing, so training was only allowed in it before the competition started each day, and right after the last event each day. I was going around midday, so I had to use the indoor warm up pool because I certainly wasn’t coming back again later in the day. Of course, it would have been a wasted trip if I had because that training time was cancelled for the opening ceremony. Which I skipped because I had to get up early the next morning to get a warm up done in that outdoor pool. The last thing I wanted to do was find out before my heat that the blocks were slightly different to those in the indoor pools, which it turned out they were. 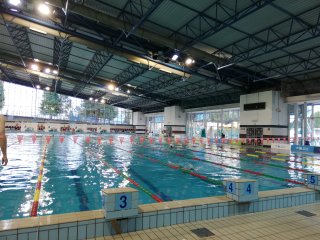 This final swim is important for several reasons, it’s a final tune up, a chance to settle any nerves and get used to the venue. Importantly for me, it’s also a chance to get used to swimming long course, and to get some practice in with Olympic style blocks. It wasn’t a long swim, just a little over 1,200m with 200m of that being butterfly. Its tricky getting the right amount done, once I felt that the fly was comfortable I stopped and didn’t do any more of it. Similarly, with my starts I did enough to make sure I was getting them right every time without overthinking them. After the swim we were off for some exploring in Kranj’s old town.

I have to admit things weren’t going too well up to this point. I felt sluggish and my shoulders twinged a little if I wasn’t careful with my technique. This fed into my worries that the taper hadn’t gone well. For the two weeks before the gala I had begun to worry that I had either done too much in the buildup or had messed up the taper. Countering these worries was the fact that for the last few years I have always felt drained during tapers, I’ve even felt drained on the weeks before regular gala’s when I took said weeks easy. To counter these worries I had to look at the fact that my sprints were going great, my last few anaerobic sessions had done well, and I had really nailed my starts with the Olympic blocks. It was also too late to do anything, I had my prep work done, my race strategy done, my visualizations done and just had to trust in the process. There was also a worry and determination to not have something similar to my 100m in Budapest happen to my 200m in Kranj. 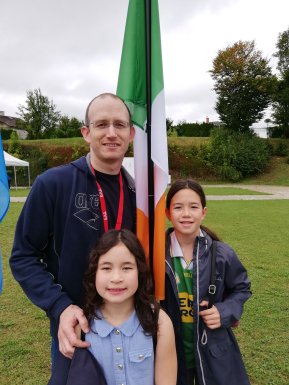 When looking at the start lists I spotted a familiar looking name in my heats and age-group. I was fairly sure that a UK swimmer was the same one that was in two of my heats in Budapest. In an amazing coincidence, not only was it the same guy, but we found out we were staying at the same place when we ran into each other at the hostel. Knowing someone that was lining up for the same heats made a big difference during the week. In Irish competitions I usually know at least someone in my races, or I like to chat with people (once I have my warm up routine done). The international races can be hit or miss, I guess some people don’t have the English to understand my accent or they are very focused on their race. Either way I’m getting to know more people and its getting more fun.

The next entry will go through my first race day.