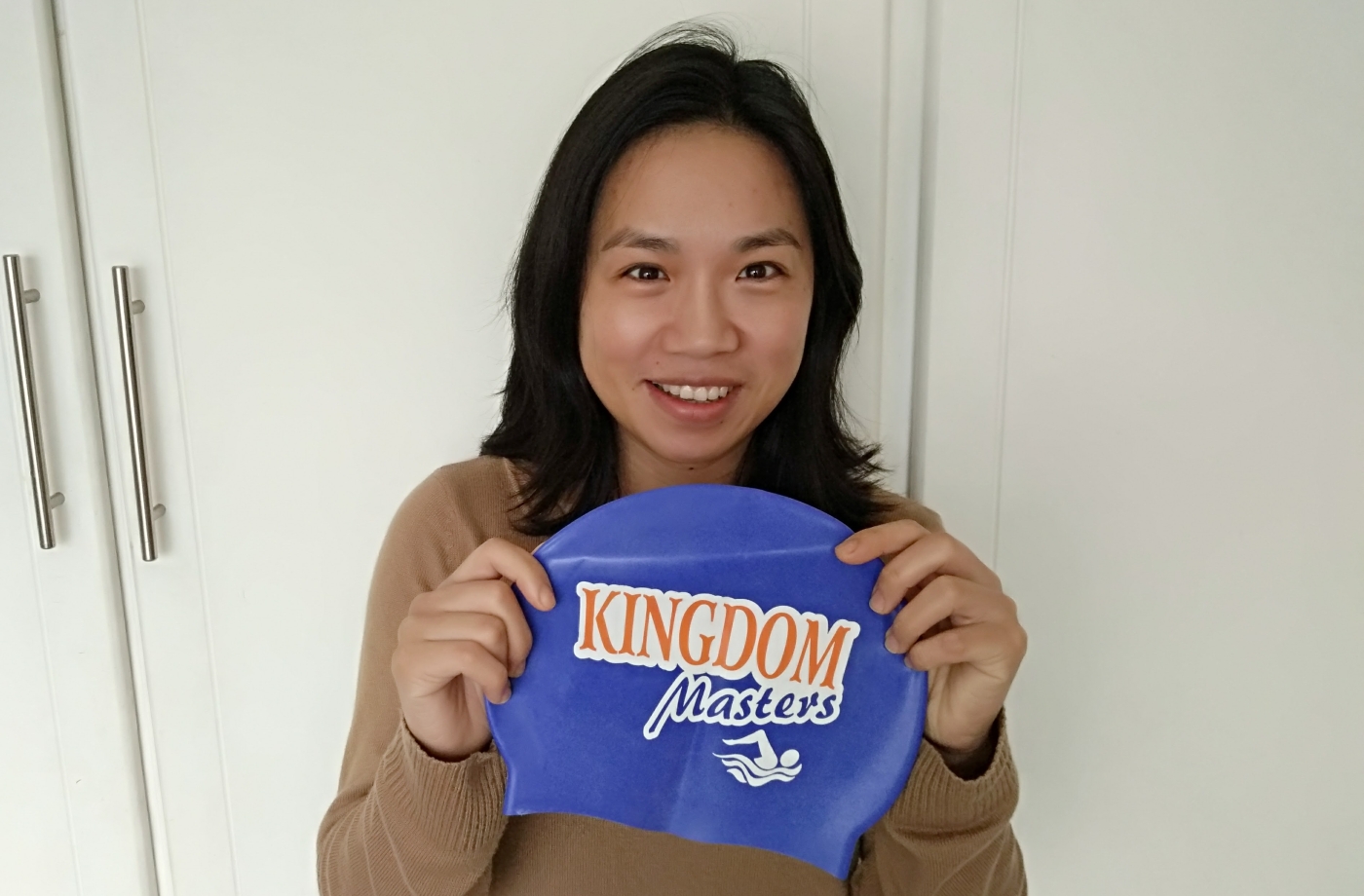 Things are moving ahead with our Rome Challenge. Jia is now registered with Kingdom Masters and her entry for her first competition, the Mallow Masters, is about to go in.

The first two months (we had started before the first article went up), have been all about creating a solid base. Before we started Jia would swim 1.5-1.7km a session, and while she wouldn’t have swum it straight through in one go, she wasn’t doing proper interval training or any technique work. She was doing tumble turns occasionally and had never done any diving or sprinting. This meant that our early sessions had to balance skills, aerobic fitness, sprinting, turns and dives. To explain more about how we did this I’m giving each aspect its own section.

While Jia could already swim frontcrawl she was very underpowered which meant there were issues with both power generation and resistance. While she could swim backstroke, she had done very little and wasn’t very confident in it. Her breaststroke is good, but it’s not good for her (or my) knees so we don’t do a lot of it. She had never swum butterfly before, so we have started introducing some fly drills into her session. Its worth noting that Jia has never had a proper swimming lesson, she picked everything up from relatives, friends and from figuring things out herself.

There were more drills in those earlier sessions than the current ones and they have paid off a lot. Drills usually made up a large part of the warm up and a significant part of the main set. Paddles and fins are used as both time savers, to help with strengthening, and to help with gaining a feel for the water. There was no major issue in any stroke, i.e. arms crossing in freestyle or snaking through the water, so I was able to use the same types of drills I use with my club swimmers. We’ve only been able to work on butterfly a hand full of times, but Jia can now swim 25m fly with fins.

While the main goal is for Jia to compete in 50m events, we still need to make sure she has an aerobic base. This should also keep the door open for other events depending on how things develop over the next two years. To do this we needed to find out what Jia’s base is. Its not very useful for a swimmer if they are doing 100s with 15 seconds rest never knowing how fast they are going. We started with 50s frontcrawl with a time and figured out what she can do 6-8 on. We then moved to 100s and through trial and error found a time she can do 100s off, making the time for 6. We then held this time for a few sessions, sometimes with less than 6 repetitions. When we used less than 6, they would have been in the middle of either sprints or light aerobic work. Soon Jia was doing 6 on the time with 10-15 seconds rest. We built from there and yesterday she managed 10 off a slightly slower time, while managing to get roughly 20 seconds rest per 100. I told her that despite it feeling hard this length of rest in swimming meant that she had made it “comfortably”. She seemed to think that was a joke.

The length of the sessions has also changed, at first they were around the 1,500m mark and last week they hit the 2,000m mark. They probably won’t increase before the new year, partly because we don’t need them to and partly because going much more than that will take longer than the time we have for public sessions. We are also a bit limited at the moment until her butterfly becomes good enough to start incorporating IM work into the sessions, once that happens it will open up a whole new variety of sets.

As I mentioned above Jia had never sprinted before. I consider sprinting a skill, it’s something you need to practice. I find that when you are used to sprinting you have more time to think about what you are doing and to focus on the little things. Conversely when you are not used to sprinting you are so focused on getting your arms and legs moving fast you forget about all of the small things and make mistakes in everything from breathing to catching the water. Ideally, we want to get to a point where there is an option to do pure speed work with max rest and no lactate, and to do speed work as part of an anaerobic session. Unfortunately, we are only now getting to this. Most of the speed work we have been doing ended up being anaerobic as Jia is only learning how to sprint and is still building that anaerobic base. Her sprints have seen a huge improvement and I’m going to introduce one or two sprint sessions and anaerobic sessions between now and the new year. Not too many, as we have a long road ahead.

Before starting the challenge, Jia was able to do a basic tumble turn, but often wasn’t able to use it due to crowded lanes and from not practicing them in isolation. We have worked on turns and she has pushed herself to use them more when the lane isn’t busy. There is a noticeable difference in her times with turns, so she is determined to use them. We have also worked on streamlining off the wall. Where she used to push off and come up straight away, she now hits 3-4m depending on what part of the session she is on (of course fatigue affects us all in this area).

Jia had never dived before this. I don’t mean she had never dived from a block or performed a racing dive, I mean she had never done any type of dive. So, we started with the most basic type off the side and have worked up to the blocks. We’ve only had two sessions on diving so far, but she is able to do a start from the blocks, which is quite amazing. She hasn’t decided if she will go off the blocks for her first gala, but even if she doesn’t the basics are there so it will be easy to build on them.

All in all the change has been amazing, Jia is now going faster than some of the other regulars at the pool that used to be faster than her and her skills are improving week by week. We are going to use the first competition as a marker to hold against future competitions and we are using it to help Jia get used to the atmosphere of competitions. The times aren’t going to be important, we aren’t expecting anything big, we are just going to go and try to enjoy the next big step towards Rome.

I’ll be putting up the first group of sessions Jia did later in the week.

One thought on “First Steps – The Rome Challenge”